Flavour of the Week - Rainbow Blast by IVG

Welcome back to our Flavour of the Week e-liquid review. This week, we’ve got a fruity flavour courtesy of IVG E-Liquid, who are one of the world’s leading vaping brands. IVG are a British brand who were formed in 2016. The Lancashire based company are undeniably one of the most popular vaping in the world. You can find their e-liquid in over 100 countries across the globe, and if you’ve tasted their e-liquid, you’ll understand just why they are so popular.

The flavour that we are focusing on this week is known as ‘Rainbow Blast’. If you are familiar with IVG, the chances are strong that you’ve heard of this magnificent flavour before. Rainbow Blast is an iconic flavour that has long been a staple of IVG’s success. Part of their Menthol Range, Rainbow Blast combines an icy fusion of menthol with delicious fruit.

Rainbow Blast features a medley of tropical fruits all fused together. When you first inhale this mouth-watering flavour, you’ll detect strawberry, lemon and orange. As you begin to exhale, a sharp hit of menthol will soothe your senses. Rainbow Blast is tied together by sweet, candy-like undertones that elevate this flavour to the next level of lusciousness.

This outrageously fruity medley features slight sherbet tones and is a must try for lovers of fruity menthol e-liquid flavours. It is worth noting that the menthol element of Rainbow Blast is very prominent on exhale, so if menthol flavours aren’t the one for you, you probably won’t enjoy Rainbow Blast!

Rainbow Blast is a truly refreshing flavour that boasts the classic IVG taste. It smells and tastes beautiful and after trying it for myself, it became clear to me just why it’s such a popular flavour. If you’re looking to try out a new menthol flavour, Rainbow Blast is most definitely worth a shot!

You can purchase IVG’s Rainbow Blast in three different variants on our site now: 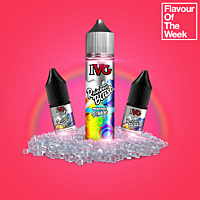 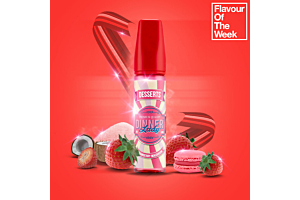 Flavour of the Week - Strawberry Macaroon by Dinner Lady 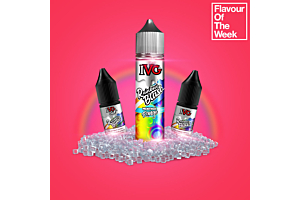 Flavour of the Week - Rainbow Blast by IVG