27/3 - All Orders are still being fulfilled as normal Monday-Friday. Until further notice we will not dispatch orders on Saturdays.

You can find Riot Squad’s e-liquid in over 50 different countries across the world. Riot Squad are not only known for their immensely popular flavours, but also for their incredibly recognisable packaging. According to Riot Squad themselves, their brand’s objective was to ‘secure mass disruption’ to the vaping industry! It’s fair to say that they’ve achieved this objective, as they are now one of the frontrunners within the industry due to their phenomenal flavours and unique branding.

Riot Squad originally launched their shortfill range as the first staple range for their brand. However, today’s Flavour of the Week is from their ‘Punk Grenade’ range, which features a variety of lemonade flavoured e-liquid. Punk Grenade features six delicious variants of fresh tasting lemonade flavours. Todays flavour that we shall be showcasing is Yuzu Grenade, which is a sharp, bittersweet tasting vape.

Yuzu Grenade features a sweet flavour base topped off by delicious lemonade. The Yuzu lemon creates a vivid and invigorating tart base which is then complimented by the refreshing taste of Sicilian lemonade. Slight candy tones are evident throughout when vaping this flavour, giving it an extra sweet edge.

Personally, I would vouch for Yuzu Grenade as one of the best flavours within the Punk Grenade range. There is an abundance of lemonade flavoured e-liquid on the market at the moment and Riot Squad’s Punk Grenade range is up there with the best I have tasted.

Back in March, Bubblegum Grenade was our Flavour of the Week. If Yuzu Grenade doesn’t sound like your cup of tea, consider another flavour from this range. A few stand out candidates for the best flavour in my opinion are Raspberry Grenade and Mango and Lime Grenade. Yuzu Grenade is available for just £13.99 or as part of our mix and match 3 For £35 offer.

To view Yuzu Grenade as a 50ml Shortfill in our store, CLICK HERE. 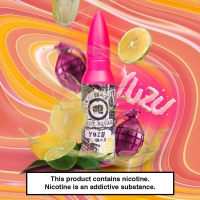 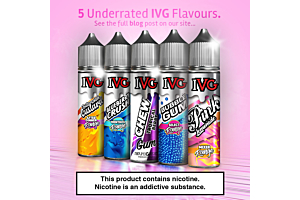 5 Underrated IVG Flavours That You Need To Try! 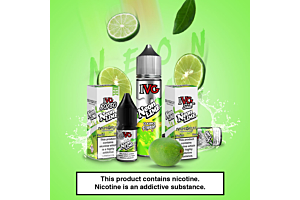 Flavour of the Week - Neon Lime by IVG 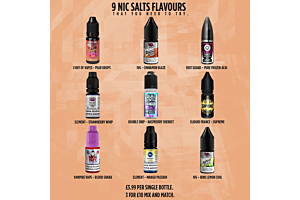 9 Nicotine Salts Flavours That You Need To Try 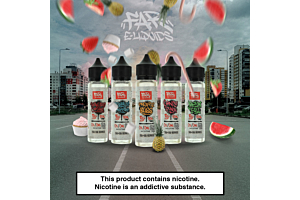 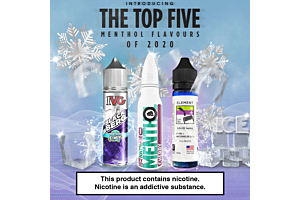