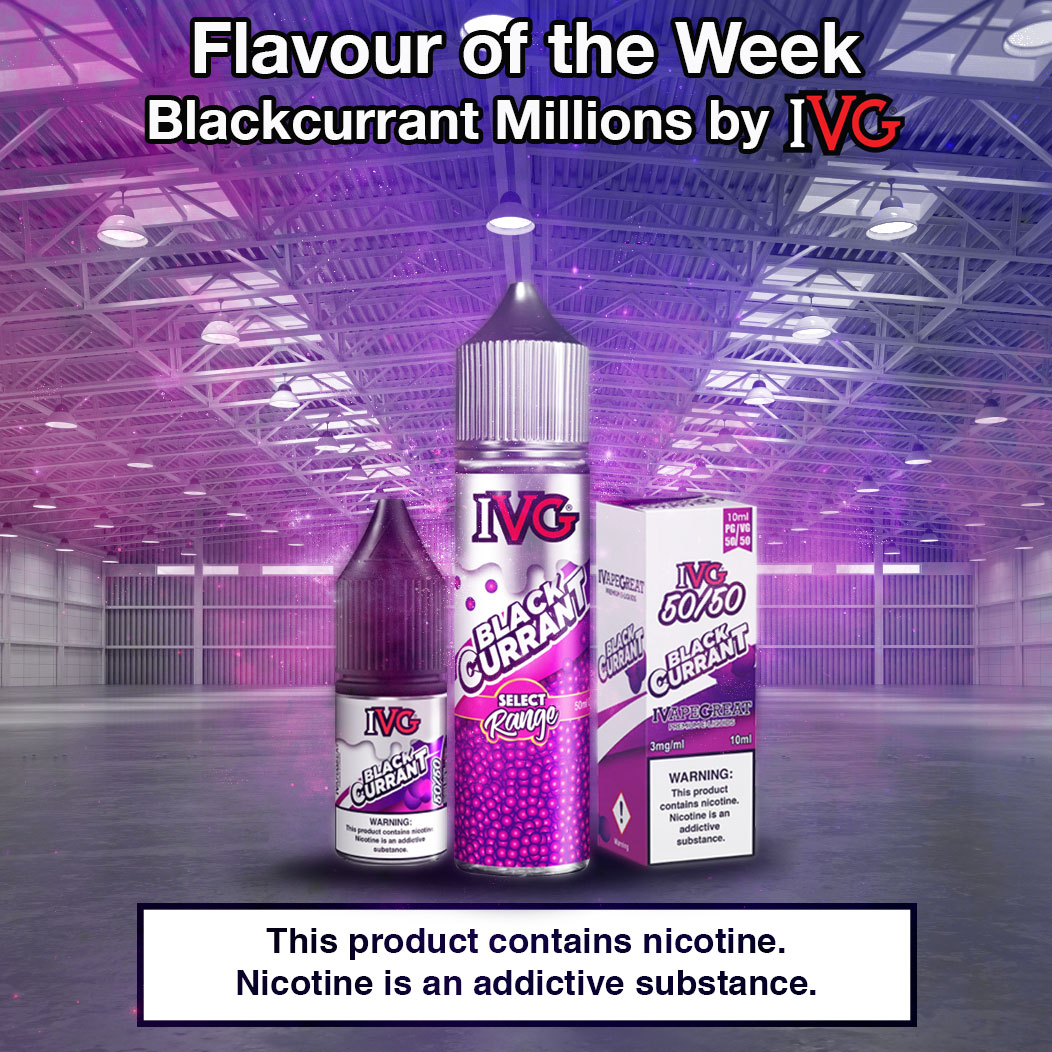 IVG are a British based vape company who were founded in 2016. Despite being relatively new to the vape market, IVG have continued to grow in stature and are now regarded as one of the frontrunners in both the UK and across the globe. IVG have won countless awards at various events and you can now find their products in over 100 countries.

Today, we are showcasing one of their most popular flavours known as ‘Blackcurrant Millions’. Blackcurrant Millions is part of their Select Range, which features a variety of candy based e-liquids such as Raspberry Stix and Cola Bottles. The Select Range best describes IVG’s e-liquid, they are well known for their fizzy, sweet flavours and after tasting this range, it's no wonder why.

Blackcurrant Millions is without a doubt a candidate for the nicest flavour within this range. On inhale you’re met with a sensational sugary taste that simply makes your taste buds tingle. On exhale your taste buds are smashed by an overwhelming blackcurrant burst with a candy finish. There seems to be an abundance of blackcurrant based e-liquids on the market, yet this flavour stands alone as the absolute best. As a sucker for anything sweet, personally I would regard Blackcurrant Millions as one of the nicest e-liquids I have ever tasted.

This flavour is a clear demonstration of IVG’s ability to create a sweet tasting e-liquid that won’t burn out your coil. Blackcurrant Millions is the definition of an ‘all day vape’, once you’ve tried it, you simply won’t want to try another blackcurrant flavour. IVG have nailed the perfect blend between blackcurrant and candy in this e-liquid to create a mouth-watering vape.

Blackcurrant Millions is available on our site in both 10ml 50/50 bottles and 50ml shortfills. If you haven’t tried it and you’re a fan of sweet e-liquid, we highly recommend that you give this flavour a taste. There are also a range of other Millions flavours in IVG’s Select range including Lemon, Spearmint and Bubblegum. 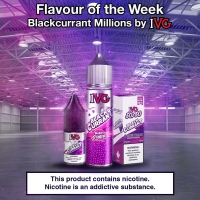