Dessert flavoured e-liquids can be an absolute treat when they are made right. It’s fair to say that the market demand for dessert flavours has increased exponentially in the last few years. Dessert and cake based e-liquids are becoming increasingly popular and the market has become saturated. There are an abundance of cakey e-liquids available to purchase now, with a fair share of them containing a high sugar content, meaning they burn through coils quickly.

Today, I shall be running through my ten favourite dessert flavoured e-liquids that I've been enjoying vaping recently.

10 - Appleberry Crumble - IVG. Kicking off our list at number ten, we have Appleberry Crumble by IVG. IVG are known best for producing delicious fruity e-liquid, but Appleberry Crumble demonstrates their ability to create a stellar dessert based flavour. On inhale, you will taste the sweet summer essence of ripe berries and crisp slices off apple. On exhale, a luxurious dollop of cream is evident, with sublime pastry undertones throughout.

9 - Salted Caramel - Absolution Juice. At number nine, we have a liquid produced by Absolution Juice known as Salted Caramel. Caramel e-liquid can be great when it’s done right, but a fair share of the time it fails to find the perfect balance between sweet and savoury. Absolution Juice have hit the nail on the head with this flavour and have managed to produce an absolutely moreish, potent dessert flavour.

6 - American Apple Pie - Element Tonix. At number six, we have Element E-Liquid’s first addition to our list with none other than American Apple Pie, which is part of their Tonix range. Element’s Tonix range takes inspiration from classic American desserts and American Apple Pie is without doubt the standout flavour. Sweet and spicy cinnamon notes are interwoven with crisp apples. Both flavour and heritage are strong within this wholesome treat.

5 - Castella - KOI By Element.  In the number five spot, we have another delicious pudding flavour by Element E-Liquid. Their KOI range features four Japanese inspired dessert flavours that are all totally unique and delicious in their own right. Castella is the best flavour in this range in my opinion. It features the taste of an old fashioned Japanese yellow velvet sponge cake. Rich in sweet vanilla and creamy tones, Castella is like no other dessert flavour I have tasted. It is bouncy and vibrant yet manages to obtain its desirable creamy notes.

3 - Doozy Vape Co - Liquid Gold. Entering our top three. Right now is where things start to get extremely tasty. At number three we have an entrance by Doozy Vape Co. Their Liquid Gold flavour is one of their most popular liquids and if you’ve tasted it, it’ll come as no surprise to you as to why. Liquid Gold features a luscious vanilla custard pastry flavour with a dollop of cream. Syrupy undertones are also evident throughout when vaping this flavour. Liquid Gold is a masterful blend and a credit to Doozy’s ability to curate complex liquid with multiple elements.

1 – Banana Nut - Element E-Liquid. At number one we have a classic flavour again by none other than Element E-Liquid. Element are the biggest e-liquid brand in the world, boasting a huge array of flavours designed to suit all taste buds. It’s worth noting that Element’s longest lasting and most popular flavours tend to be simple. They do exactly what they say on the tin and Banana Nut is a testimony to that. Banana Nut features a blend of freshly baked banana nut bread amongst nutty caramel and ripe bananas. This flavour is incredibly simple and ridiculously moreish. If you haven’t tried Banana Nut yet, then we highly recommend you do.

All flavours on this list are currently available on our site. If you just so happen to be a fan of desserts and you’re looking to try a new e-liquid, we highly recommend this list. Scroll down to view the mentioned flavours in our ‘Related Products’ section. 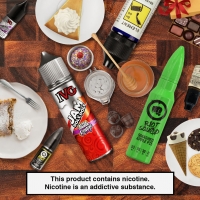 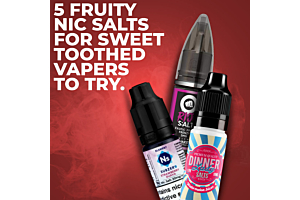 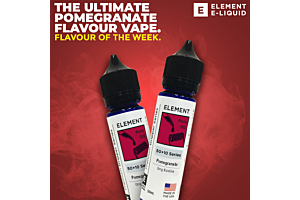 Flavour of the Week - Pomegranate by Element E-Liquid 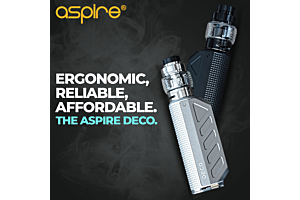 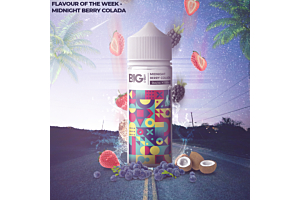 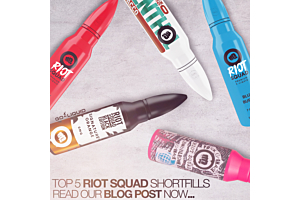