Today, we shall be reviewing the newest addition to the Riot Squad family, their brand new e-liquid ‘Blue Burst’. Riot Squad are a British based e-liquid company who have only been around since 2016, which even in terms of the vaping industry makes them relatively young. Despite being a relatively new company, Riot Squad are easily recognisable due to their bold branding and powerful flavours. Their e-liquid is now available in 57 countries world wide.

In late 2019, Riot Squad released their latest range of e-liquid known as ‘Black Edition’. This range featured 4 stunning fruit based flavours and has been incredibly successful so far, receiving continuous praise from the vaping community. Their first instalment in 2020 came out of the blue (no pun intended), when they released a single, stand-alone flavour; Blue Burst.

Personally, I was incredibly excited to try Riot Squad’s Blue Burst after being impressed by their Black Edition Range. Blue Burst is described by Riot Squad as an “Icy blue raspberry slush with an explosion of menthol to set your senses alight”. Straight off the bat, this flavour sounded like my cup of tea as I am a huge fan of both blue raspberry and menthol e-liquid respectively.

I tried this e-liquid in the Aspire Cleito Pro tank with a brand new mesh coil. (If you haven’t tried the Cleito Pro tank I would highly recommend it). On inhale I was greeted by a strong burst of blue raspberry. The ripe flavour was extremely evident from the first inhale and in typical Riot Squad style I felt as if my taste buds were being crushed! As you exhale you are welcomed by an icy menthol breeze. Thankfully, the menthol hit isn’t too overpowering and you can still taste the blue raspberry throughout.

A slush-like undertone is evident throughout this vape and tops off this simple yet effective flavour in this best possible manner. Blue Burst is undoubtedly a success in my eyes and is an e-liquid I could see myself vaping on a day to day basis. I would highly recommend this e-liquid, but only to someone who enjoys powerful, bold flavours. It’s certainly not for the faint hearted.

In conclusion, Blue Burst is another stellar edition to Riot Squad’s range of exceptional e-liquid. Although the flavour idea behind Blue Burst is neither original or ground-breaking, the taste of the liquid is phenomenal. We’re stocking Blue Burst in our store now as a 50ml shortfill at 70% VG making it perfect for sub-ohm vaping.

To view Blue Burst as a 50ml Shortfill CLICK HERE. 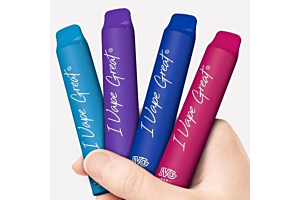 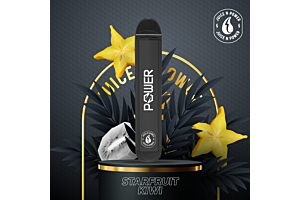